At Meridio we are more than excited to go through the most important event of 2020 in the Apple world, the WWDC 2020 – aka Apple’s Worldwide Developers Conference. This year in particular was very special being that the event was held virtually on 22nd of June due to the COVID-19 pandemic outbreak as a measure to prevent any further spread. Apple isn’t the only company to make changes in response to coronavirus; lots of conferences have been cancelled (or made online-only) for the same reason. Fellow tech giants Microsoft, Facebook and Google have taken this step with various gatherings, and the E3 gaming event, which was scheduled for 9-11 June,?has been axed?too. Beginning on 11 March, Santa Clara County Public Health, which is Apple’s local body, issued a mandatory order banning public gatherings of 1,000 or more people, which would have made WWDC impossible in its traditional form.

During the event a series of updates were introduced for the Apple products and we don’t know where to begin from.

Let’s go through some of the spiciest details one by one, shall we?

It seems that the new version of iOS has been shared in a preview mode only with the developers starting from June 22, with a public beta expected sometime in July.

App library: The new home screen page shows up after swiping past the final page of apps. It automatically categorizes and sorts all of the apps highlighting those used the most.

Widgets can now stay on the home screen alongside the app icons, rather than disappearing like they do now.

iPad used to have the picture-in-picture video playback since iOS 9, but that has been missing on iPhone. Well, not any longer! Even when switching between apps it will be possible to play videos or continue the video chats by dragging the small box around the screen.

There will be no more screen takeover by Siri as the new interface allows to do speech-to-text transcription on device to promote further speed and privacy.

The most important conversations could be pinned to the top of the messages list and the user now can finally be notified only when group messages have something concerning him/her. 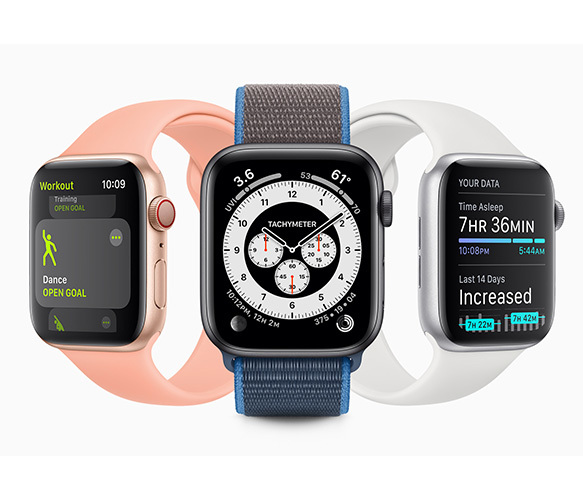 The iPad has refreshed the search user interface making it possible to dig deeper in apps like Keynote, Messages, Mail and Files.

Handwriting now works in any text field, allowing to make a quick note without putting the pencil down to type.

AirPods can now be switched automatically between multiple devices. Scenario: While listening at music on iPad in case a phone call is received in iPhone the AirPods are automatically switched to the other device.

The AirPod’s built-in accelerometers make it possible for the audio to surround you world. Put simple the AirPods Pro take into account the position of the head to offer simulated surround sound. 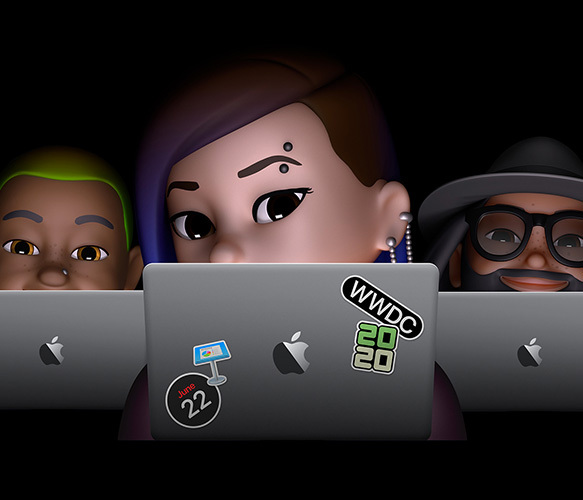 You can share your current watch face setup with others through Messages, Mail or Safari.

Each app on watchOS can offer with the new updates multiple different watch face complications, instead of one per app.

Yes, the Apple Watch can now detect when you are sleeping, recording this data in order to help keep track of the sleep schedule over time.

We had previously warned you that the new Apple Watch would be equipped with solutions to keep the spread COVID-19 under control and here it is. The accelerometer looks up for relevant motions and the microphone can detect the sounds of scrubbing. The countdown starts once the watch realizes that the user is washing the hands to make sure that it is being done properly for full twenty seconds.

Article Name
WWDC 2020 by Apple: virtual news about release dates, new features & beta versions
Description
During WWDC 2020 - aka Apple's Worldwide Developers Conference - Apple has introduced a series of updates for different products. This year in particular was very special being that the event was held virtually on 22nd of June due to the COVID-19 pandemic outbreak as a measure to prevent any further spread. Apple isn't the only company to make changes in response to coronavirus; lots of conferences have been cancelled (or made online-only) for the same reason. Learn more about the updates.

Apple and Google join forces against COVID-19 During last month we came across the news regarding one of the most famous collaborations in the history of modern technology. Yes, we are talking about t…

There are many reasons why you can choose to buy an Apple Watch Series 4: you may love its fitness Apps, you may be notified about calls and messages, you may have your sleep tracked. But there is muc…

There are many ways to show your husband, boyfriend or special one how much you care about him. One of them is a gift. And what better occasion of Valentine’s Day to do it? Yes, I know that men could …